Right from its inception, Bien-Air set the bar high, affirming its expertise in micromechanics. The company's first turbines were considered the most reliable and durable on the market. In endless pursuit of innovations, the company took a decisive step in the 1970s when it launched its very first electric motor. Renowned for their exceptional precision and performance, Bien-Air instruments soon became popular with dentists.

The expertise and state-of-the-art technologies developed by the company also proved invaluable in the manufacture of other medical instruments, opening up new horizons. Bien-Air took the decision to diversify, focusing its expertise on the field of ENT surgery, plastic surgery and neurosurgery. In 2001, the company decided to draw a distinction between its dentistry and microsurgery activities, creating the Bien-Air Dental and Bien-Air Surgery divisions. The company's values developed as the product range expanded. Year after year, Bien-Air continued to revolutionise the medical world by producing rotary instruments and systems which are innovative, reliable and easy to use.

In 1994, David Mosimann's son, Vincent, took over the running of Bien-Air. Vincent's aim was to perpetuate the company's family spirit while remaining faithful to his father's philosophy of simplifying practitioners' work.

Find us on the map: 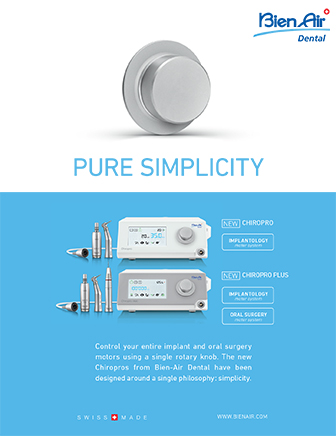